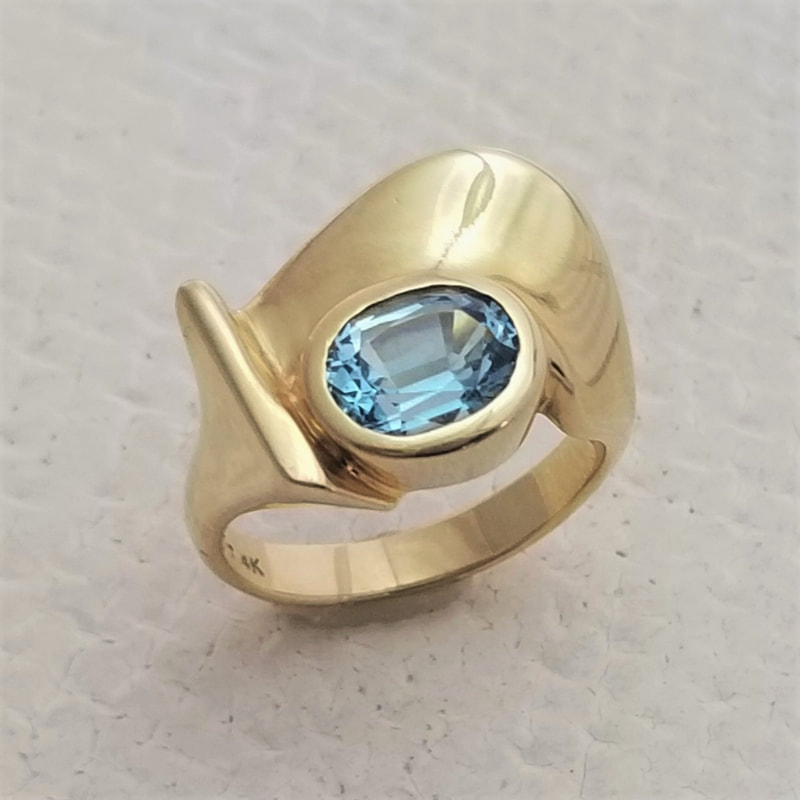 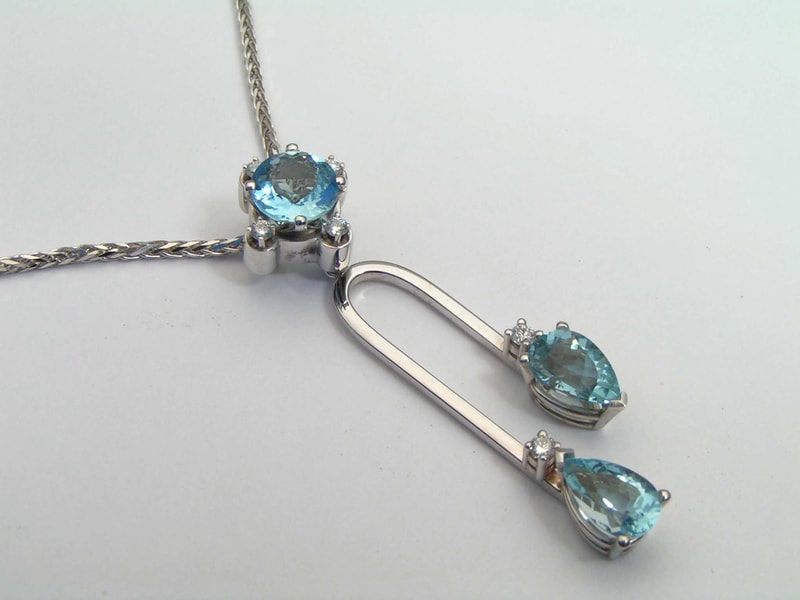 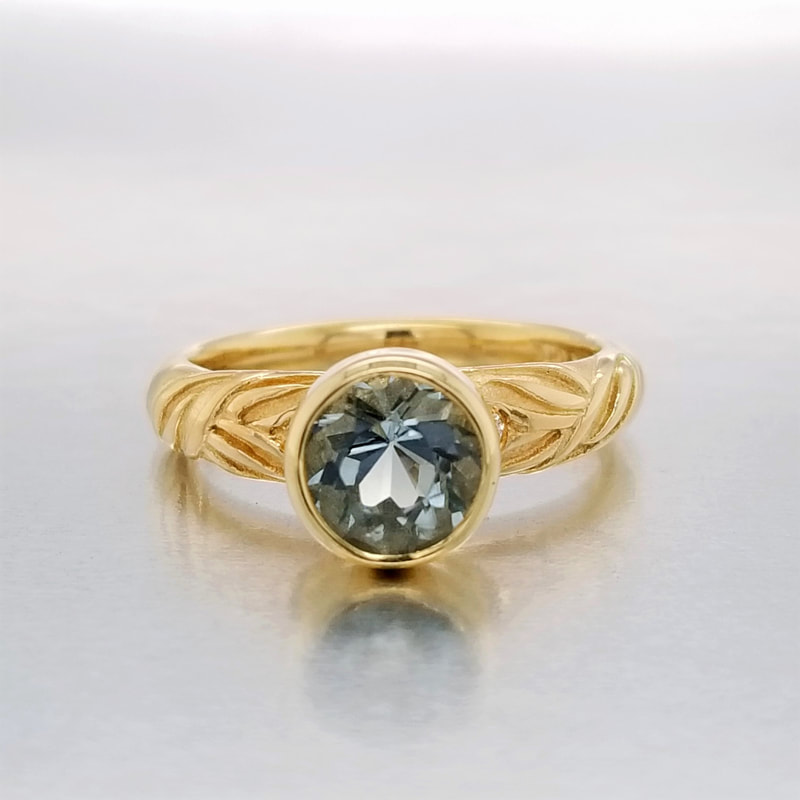 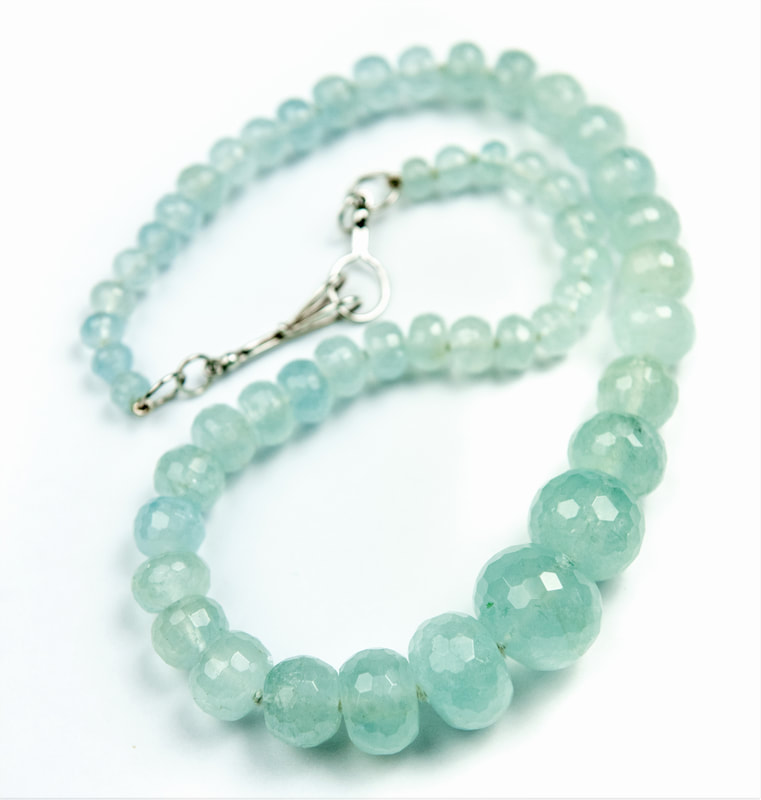 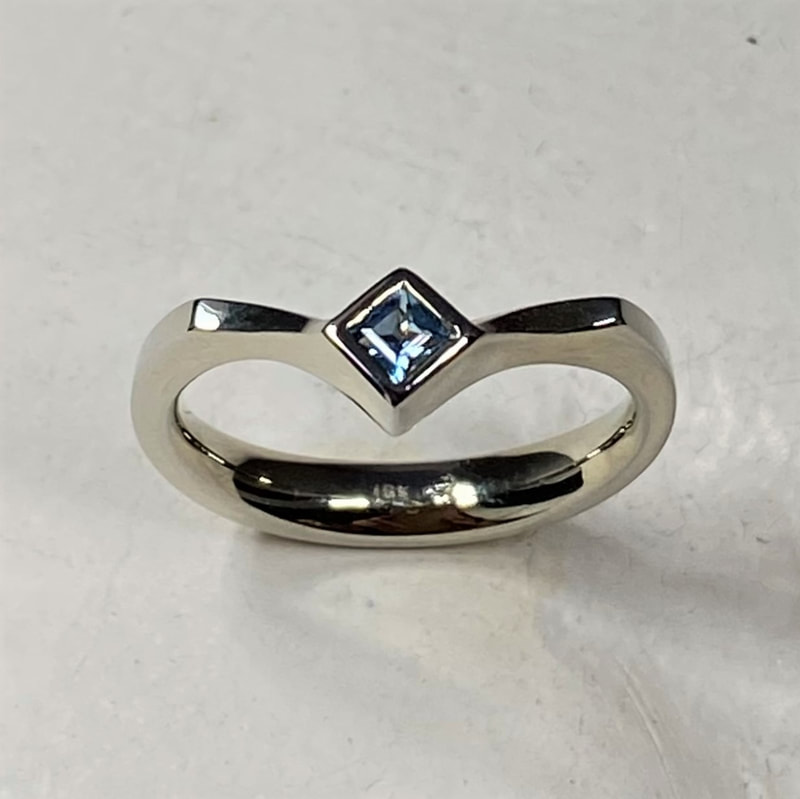 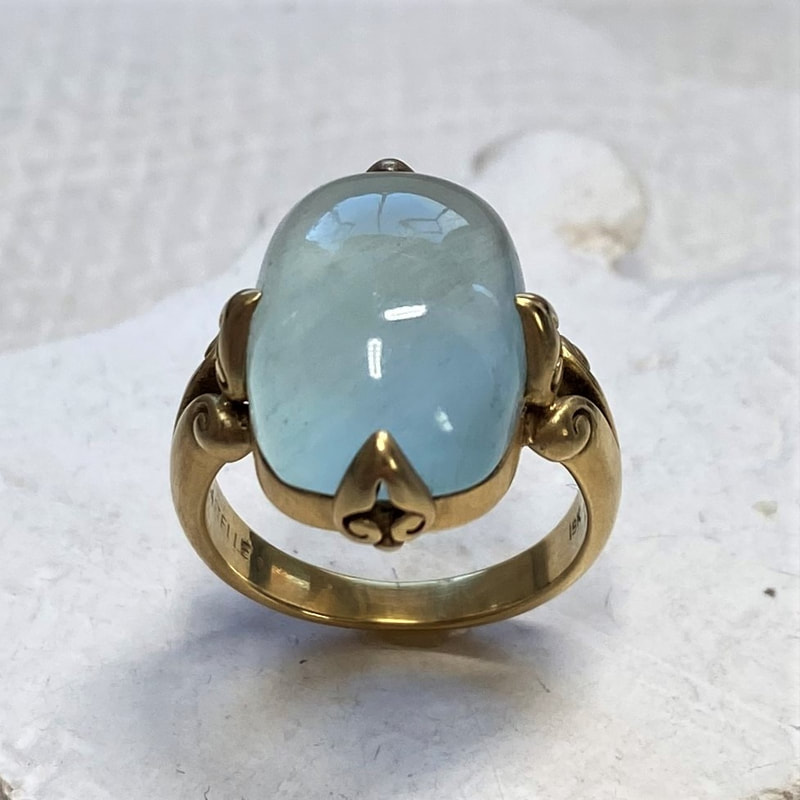 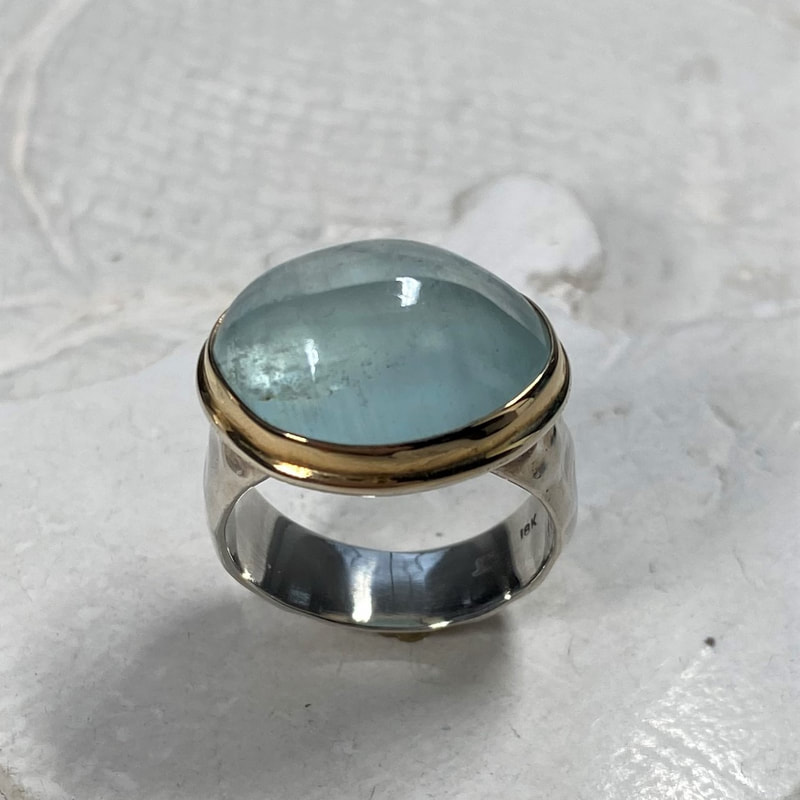 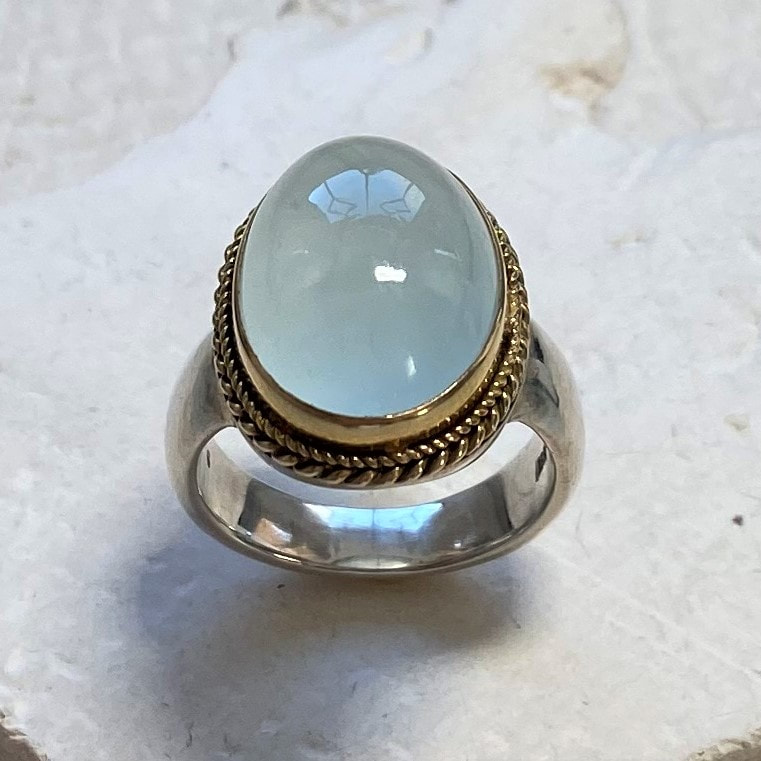 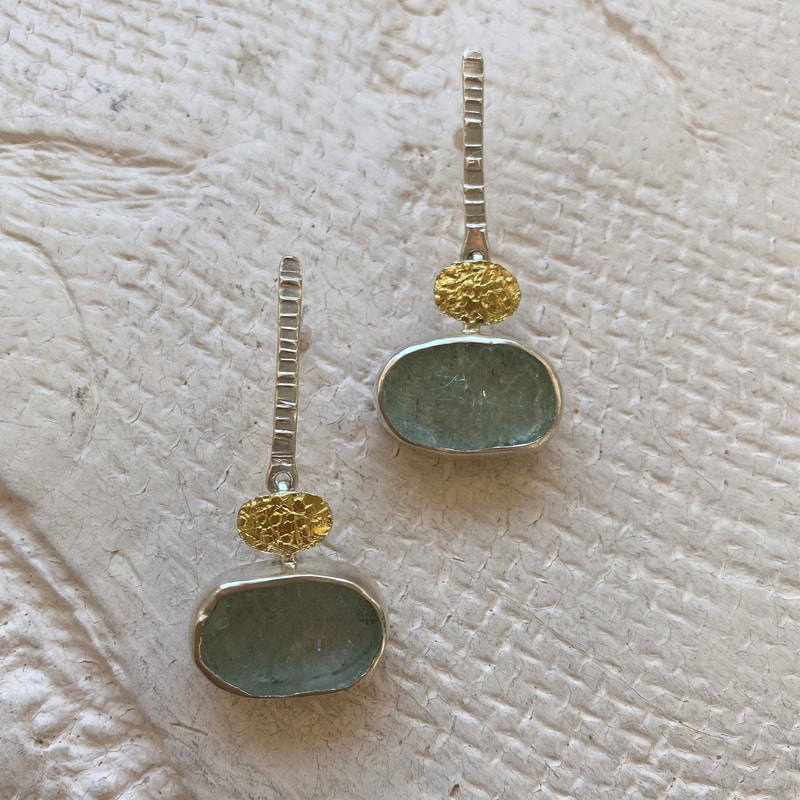 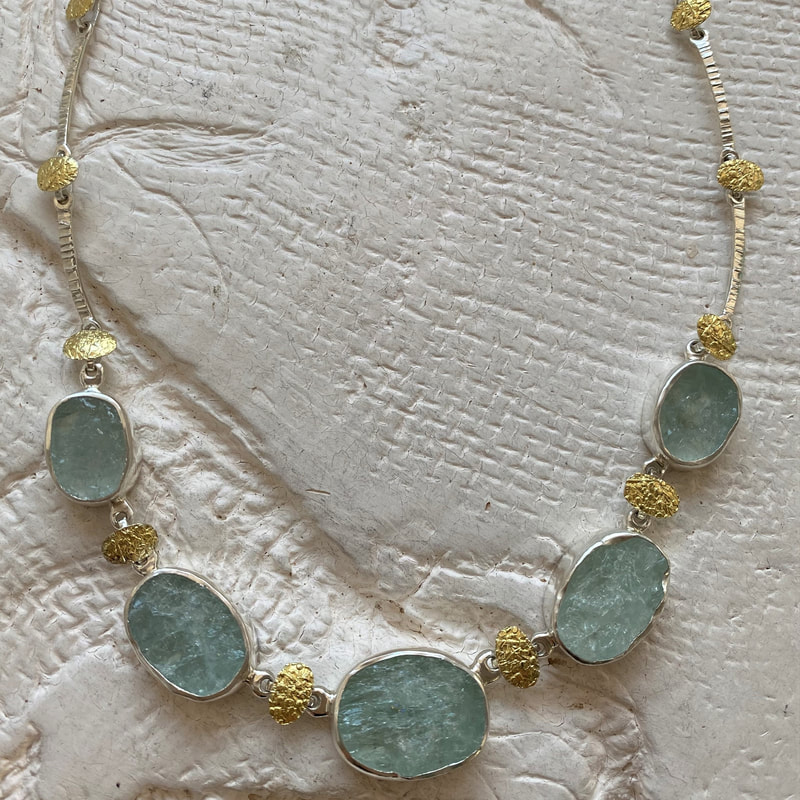 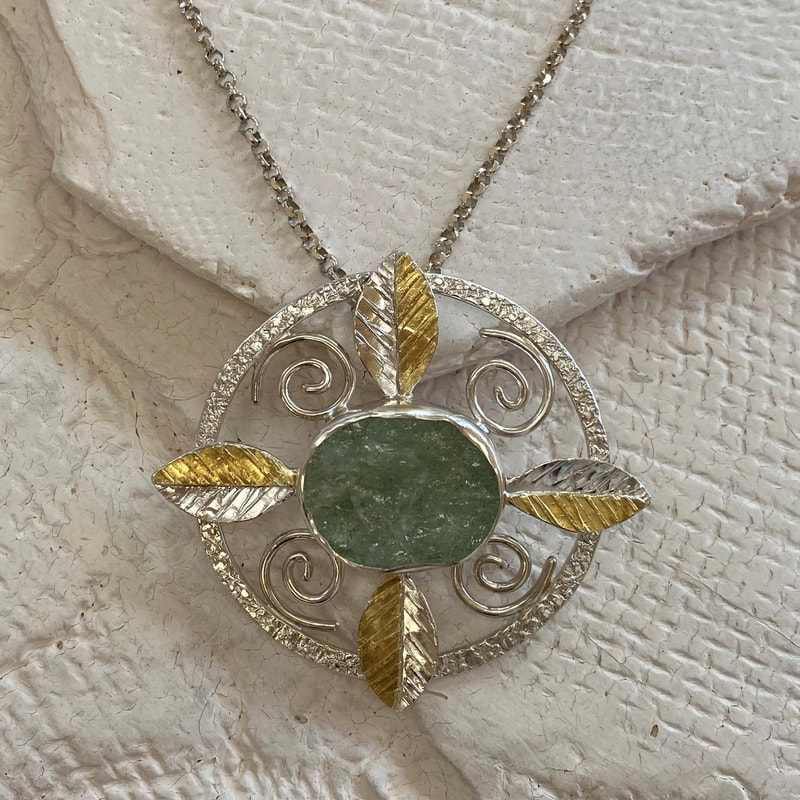 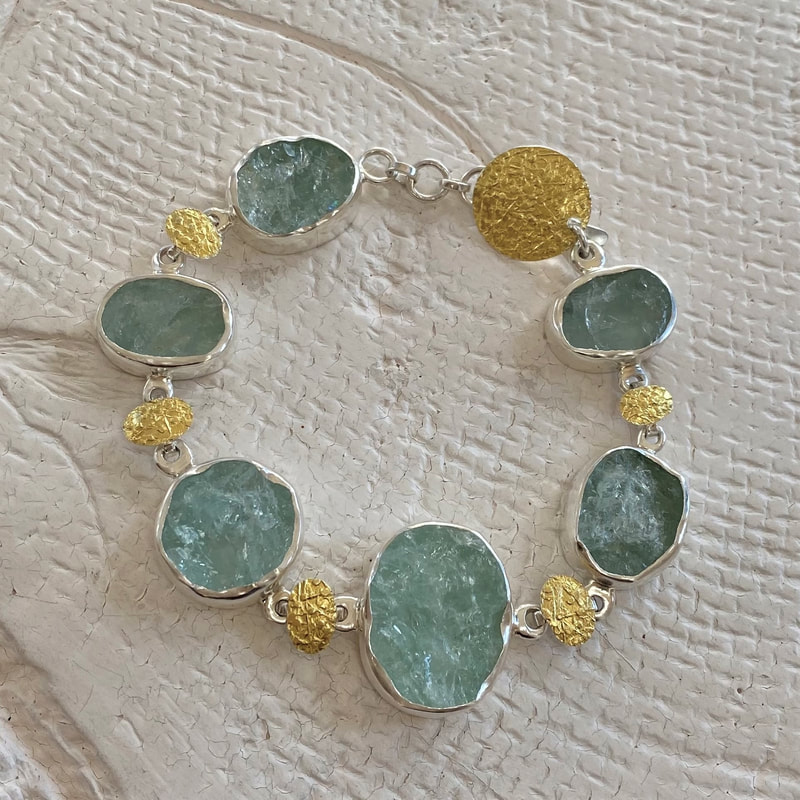 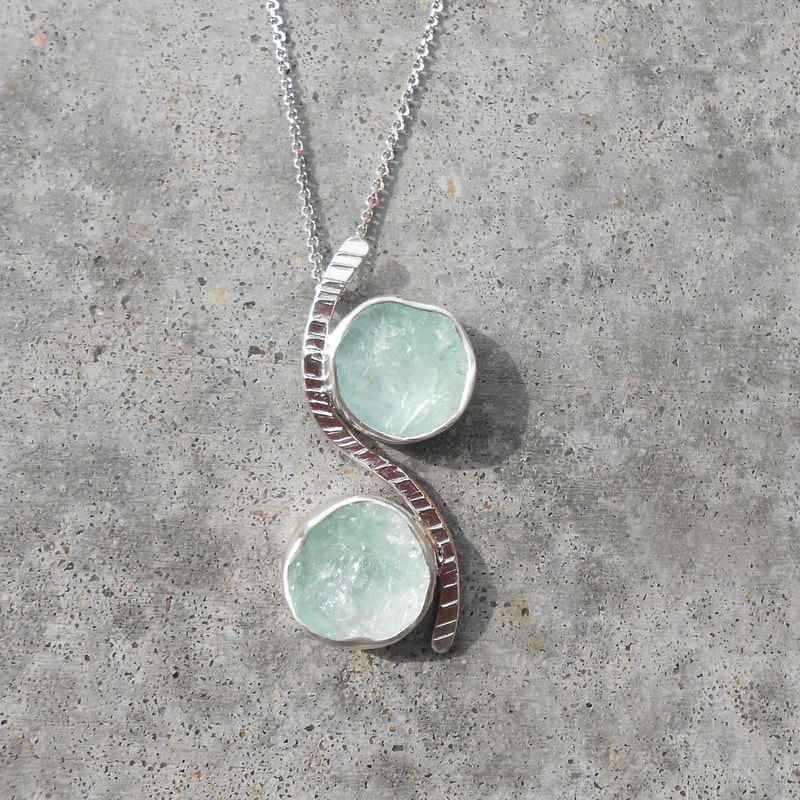 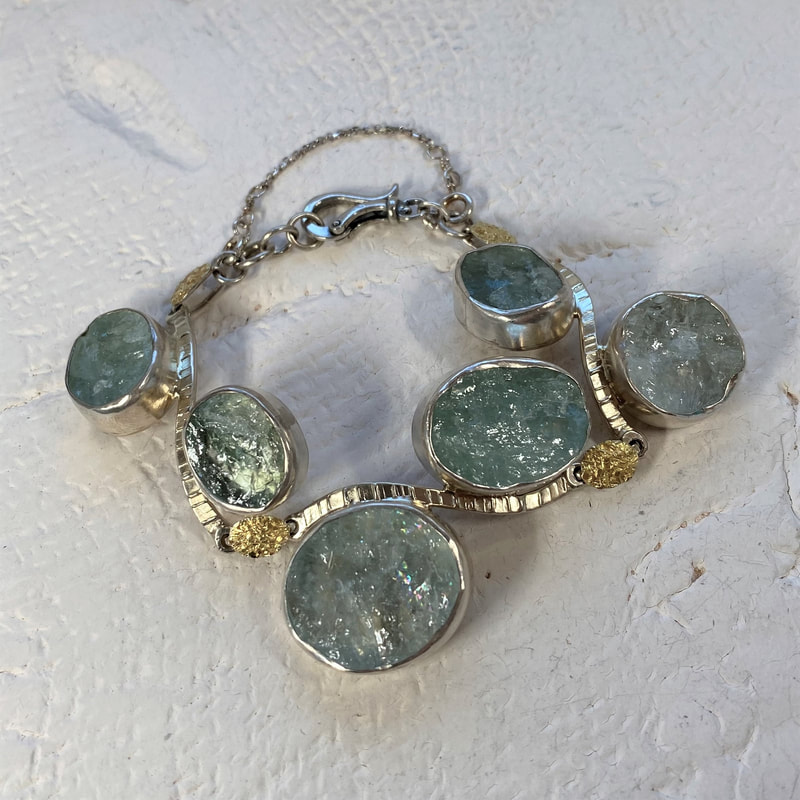 History and﻿ ﻿Fo﻿lk﻿lore ﻿of the Aquamarine
﻿The Aquamarine received its name from the Latin, meaning Water of the Sea, with its sea-water color. This traditional gemstone for the month of March is a perfect wedding gift for the 19th year of marriage. Since the aqua﻿marine also﻿ represents faithfulness and friendship, it is sought out as a present for anyone born this month. The shades of blue represent a heavenly grace and an especially soothing effect, even on land, for married couples. 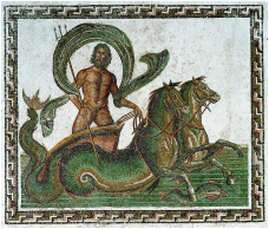 Aquamarines were believed to have washed ashore from the depths of the ocean, within the jewelled caskets of sirens.  Sacred to Neptune, the Roman god of the sea, it was the sailors’ gem ~ ensuring safety whilst traversing the great waters, and serving to remember their families on distant shores. Believed to be protection from the monsters of the sea, the Greeks wore aquamarine amulets engraved with Poseidon surmounting a chariot.  Emperor Nero used this gem for an eyeglass 2,000 years ago. Later, aquamarines were used as glasses in Germany to correct shortsightedness; and today, the German word for eyeglasses is brille, derived from the mineral beryl.
​

Since Roman times, the aquamarine was thought to possess medicinal and healing powers ~ curing liver, stomach, jaw and throat maladies. In the Middle Ages, it was used as an antidote to cases of poisoning. Soothsayers called the aquamarine a Magic Mirror, utilized for predicting the future.  The renowned Kokoshnik Tiara was made in 1900; it is primarily aquamarine, with diamond accents.  It is believed to have belonged to the Tsarina Alexandra.

If a groom were to give his new bride an Aquamarine on the morning following their wedding consummation, it was considered very auspicious.  It is also thought to help reawaken the love of long-married couples.  If a figure of a frog was carved onto aquamarine, it was believed to possess the power to reconcile enemies.  For Egyptians, Sumerians and Hebrews, it was a symbol of everlasting happiness and the fountain of youth.

​Some evidence favors the theory that if the birthstones from all twelve months were acquired by the same person and worn, in turn, during each respective month to which it is assigned, that its talismanic and therapeutic virtues might be exercised to the fullest extent ...  from the Curious Lore of Precious Stones, 1913